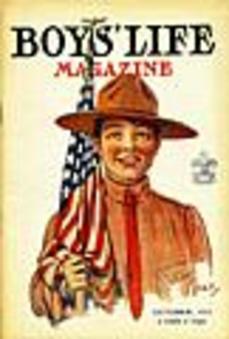 In 1998, with the retirement of its adult leadership, the troop again faced forfeiture of its charter. At Mr. Finn's invitation, Glen D. Clark, then a Pack  225 committee member and a former scout, agreed to become the scoutmaster. In March 1999, together with veteran scouter and Eagle Scout Carmen Martella, Jr., he welcomed the six members of the first class of the "new" troop 225 into the unit. Although small in number and green in the ways of scouting, this Dragon patrol, as they named themselves, acquitted themselves well at the Minquas district camporee that Spring and won a prize. The original members of the Dragon included Tom Finn, Nick Martella, Philip Dupuis, Matt Garabedian, Tom Grogan and Francis McDyer.

​In March 2000, the troop's membership more than doubled with the crossing over of eight members of Den 5, Pack 225 and the addition of two other new scouts from outside of the pack. The class of 2000 became the Lightning patrol. When their patrol guidon was retired in 2007, five of the original members remained with the troop and all five became Eagle scouts.

Since then the troop has flourished, with a vigorous camping program augmented by high adventure treks for the more experienced scouts, regular service projects for the parish and the community, a dedicated contingent of members of the Order of the Arrow, the National Scouting honor society, and an extensive religious emblems program for its members of all faiths. The troop has been represented at the National Jamborees in 2001 and 2005 and will provide not only the scoutmaster but a large number of participants and staff members for the Minquas district 2010 Jamboree troop. Since 2006, two Arrowmen have served as chief of the Minquas OA chapter.